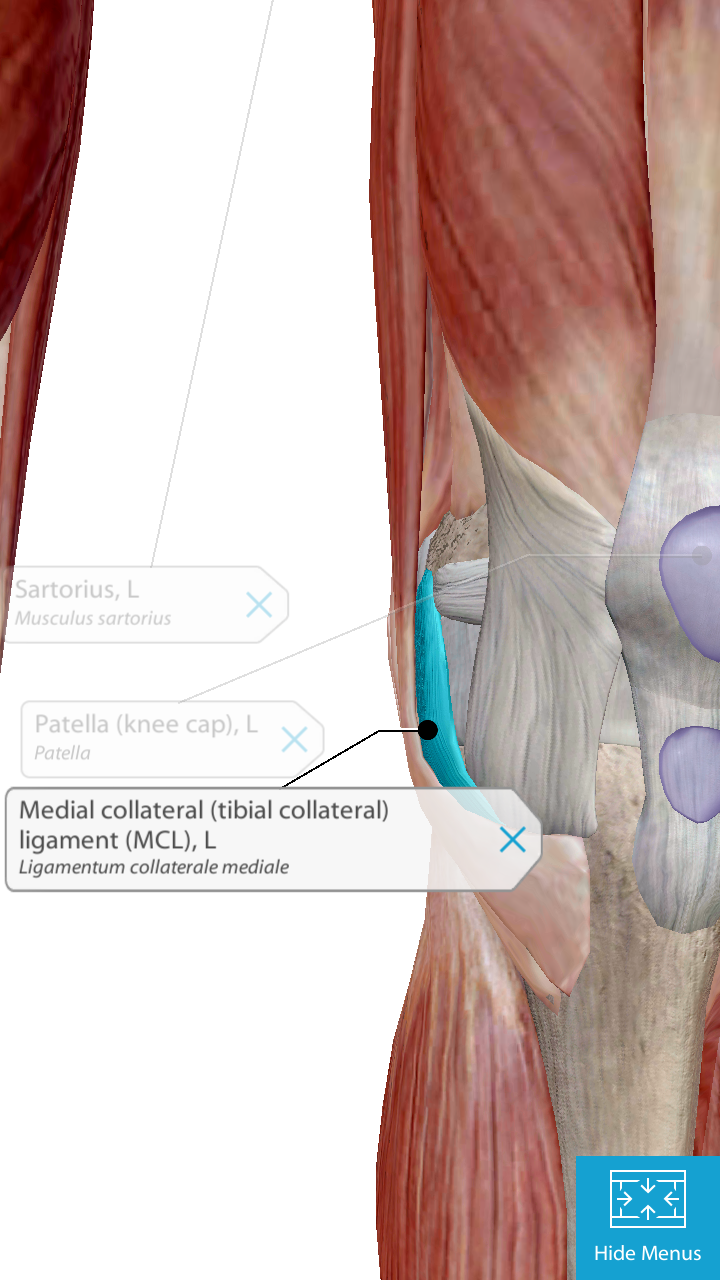 Proximal insertion at medial epicondyle of superficial medial collateral ligament (sMCL) blends into the semimembranosus tendon. Distal attachment is at the posteromedial surface of the tibia.

The deep medial collateral ligament (dMCL) is composed of 2 ligaments which are meniscofemoral and meniscotibial. The proximal insertion of meniscofemoral is at the femur just distal to insertion of the sMCL and on medial meniscus. The meniscotibial ligament is thicker and shorter. It originates frim the medial meniscus to the distal edge of the articular cartilage of the medial tibial plateau.  *1

MCL also guides knee ROM and absorbs loads until it cannot tolerate. It has a role to prevent knee from overextension and tibia from shifting posteriorly.

When MCL is over-stretched, it elicits neurological feedback which produces muscle contraction to protect ligament from tearing or injury.

The role of MCL

The role of medial collateral ligament of the knee is to stop knee from going medially too much which means to resist valgus force (pressure from outside to inside).

The knee is forced to push inwards.

Grade 1 is involved in a few fibres overstretched and no stability although it is partial tear. Valgus opening 5mm

In this grade, ligament is partly torn and disruption of more fibres. Swelling and tenderness are often seen over the knee area. You feel instability of the knee and pain with movement. Vulgus opening 5-9mm

Grade 3 is the condition where ligament is completely torn, which causes swelling and sometimes bleeding underneath the skin. Therefore, you would feel instability of the knee joint and difficult to do weight-bearing movement. At this grade, other structures injuries such meniscus, ACL and other ligaments can occur with MCL injury as these other structures have to compensate MCL to stabilise the joint.

Cadavers were used to see what degree of knee flexion is prone to be injury when valgus and varus force were applied. The research shows that strain in the posterior and central portion of MCL gets less risky when increasing knee flexion angle while strain in anterior portion remains at any knee flexion angle. However, he most common strain location is near femoral insertion when knee is full extended.  *5

1 thought on “Medial collateral ligament injuries in the knee” 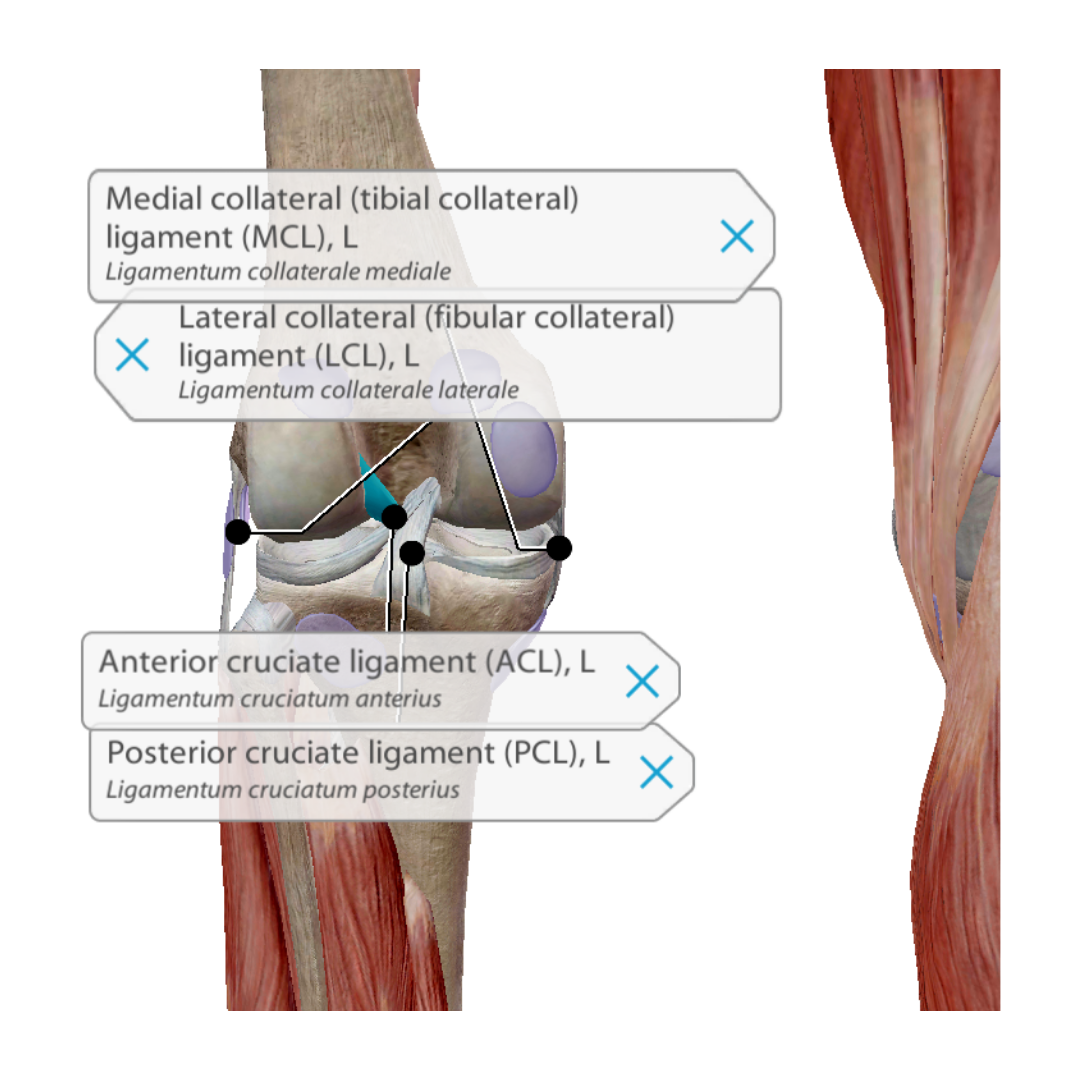 This is an uncommon chronic condition caused pain in posterior-medial aspect of the knee. The common hamstrings tendon was involved ... 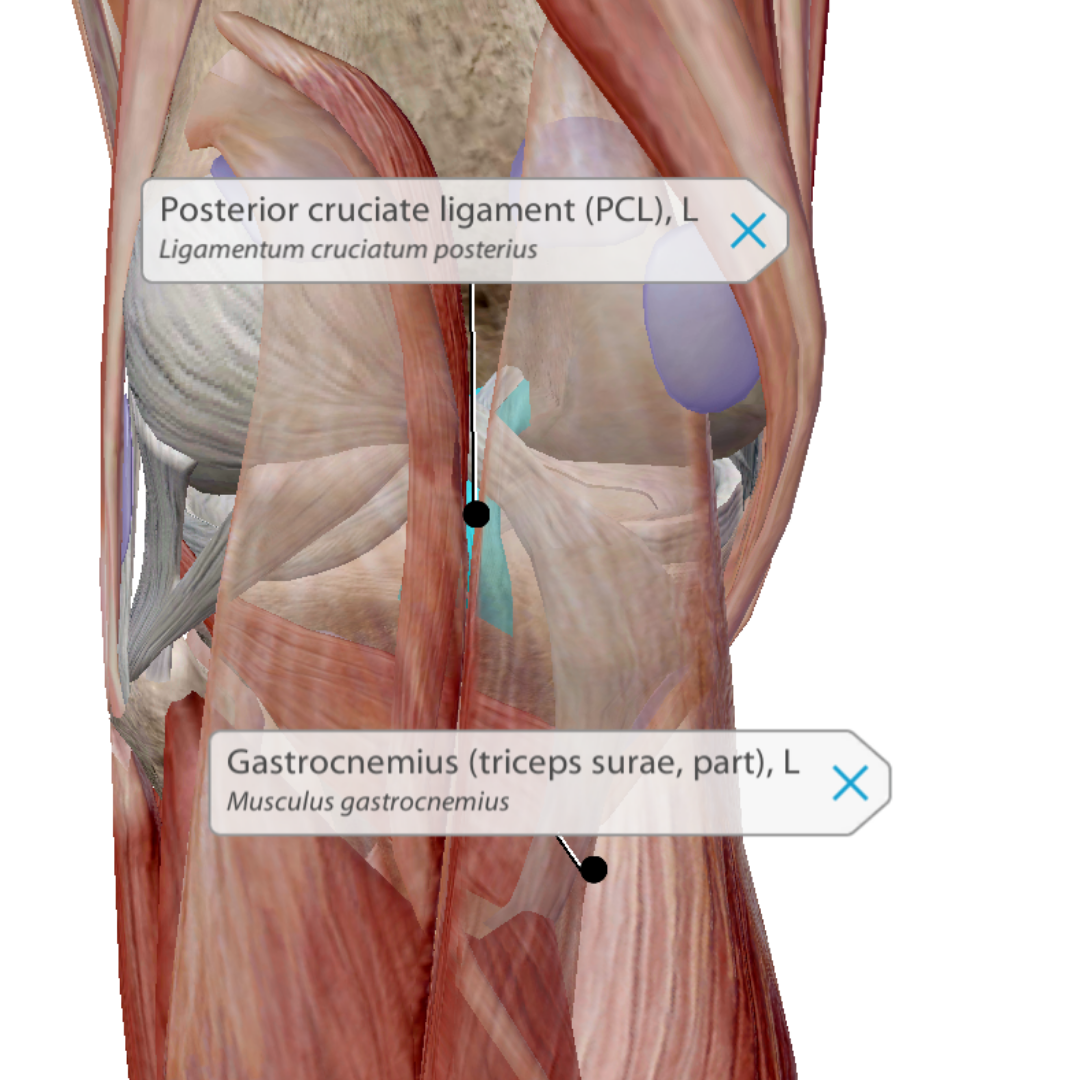 PCL (Posterior Cruciate ligament) is attached to posterior intercondyloid fossa of the tibia and to the posterior portion of the ...